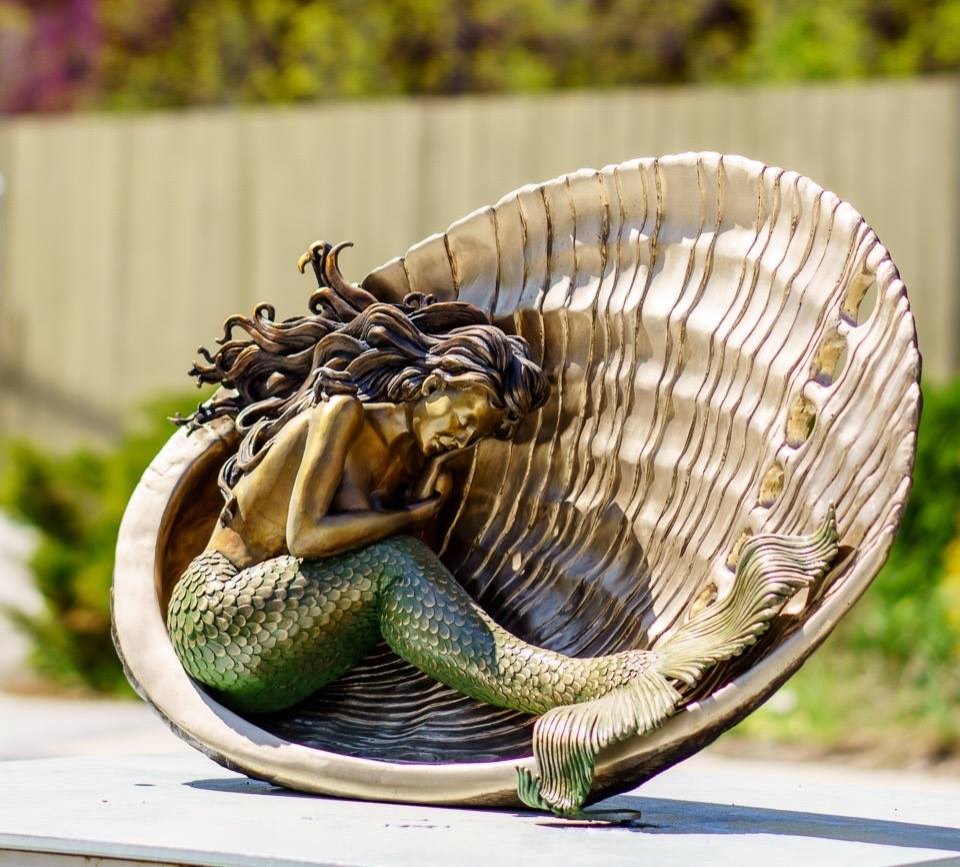 The idea for this piece initially came from an Abalone shell picked up on Fulong beach in Taiwan.  Looking at the shell, and studying its form I imagined a mermaid curled up within its 'Mother of Pearl' interior.  As the concept for the sculpture developed I sought to answer the age old question . . . 'where do mermaids come from?'.  And then it dawned on me, the shell was the birthplace of Mermaids, and so 'Pearl' our Mermaid was born. 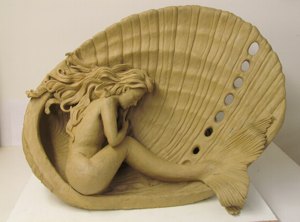 In the real world Abalone do produce pearls, and of course have a beautiful mother of pearl interior that is often used in jewelry.  Once this sculpture is cast in bronze I intend to use a patina to mimic this wonderful interior backdrop.

Pearl, our new born mermaid, once cast in bronze will have two patinas.  A warm bronze tone on her upper body suggesting her human like attributes, and a green hue on her lower body and tail portraying her as more aquatic being.

The piece is presently being detailed in a solid wax based clay in preparation for the first of two moulds.  The first mould will be made of rubber with a fiberglass shell, which will give me the ability to cast the piece in a thin (3/8") layer of wax.  From the wax casting a second mould will be created made of ceramic that can withstand the 2,000 degree temperature of molten bronze. 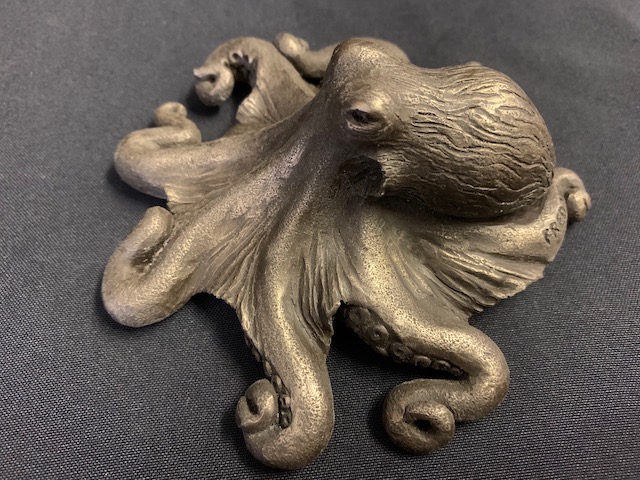